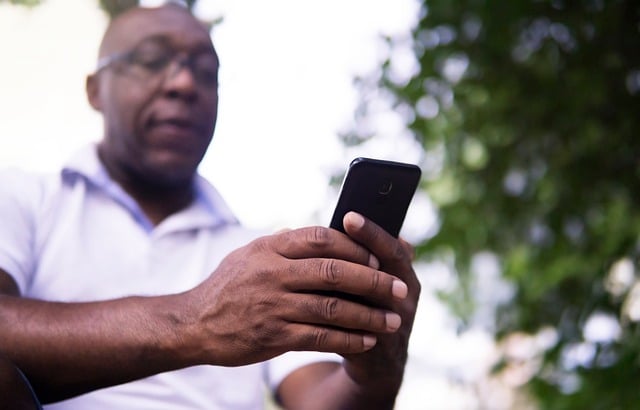 Almost 44 million American citizens are Black or African American, making up 13.4% of the U.S. population. This demographic experiences a long-standing and disproportionate burden regarding health and access to medical care in this country. And while the Affordable Care Act has made securing health insurance coverage more attainable for Black Americans, about half of the 30 million adults currently uninsured are people of color. For those who do have coverage, some significant healthcare disparities still persist.

What Are Healthcare Disparities?

A healthcare disparity refers to differences among groups regarding access to and utilization of care, care quality and health insurance coverage. These disparities are closely associated with social, environmental or economic disadvantages. The Kaiser Family Foundation warns: “Disparities in health and healthcare not only affect the groups facing disparities, but also limit overall gains in quality of care and health for the broader population and result in unnecessary costs.”

And it’s not just a problem for members of the disadvantaged populations; health disparities exact a steep cost on broader society as well. According to a 2018 study by the W. K. Kellogg Foundation, health inequities cause us to lose $93 billion in excess medical care expenditures and $42 billion in unrealized productivity. Estimating that 3.5 million years of life are lost due to premature deaths, the report states that life spans shortened by health disparities cost the economy $175 billion.

What Forces Are Driving These Disparities?

A variety of individual and systemic factors form interrelated and complicated barriers to health and healthcare in the Black community. Among the most significant are:

Moreover, a host of other social, environmental and economic determinants interconnect and reinforce healthcare outcomes. For instance, gender, geography, socioeconomic status or sexual orientation may influence one’s ability to obtain quality medical services. Health inequalities among the African American population are also apparent throughout the life course, from the womb to older age.

The American Cancer Society reports that Black Americans have the highest mortality rate and shortest survival of any ethnic group for most cancers in the U.S. The death rate is also higher among Black folks with respect to hypertension, heart disease, diabetes, stroke, influenza and pneumonia and HIV/AIDS. Life expectancy is lower for Black adults than for White ones. Disparities that persist include:

The American Cancer Society states that at least 42% of newly diagnosed cancers among Black Americans are among those cases that are considered preventable. Many cancers caused by infectious microbes could also be avoided through treatment of the infection and vaccination. Early detection and screening could help avert cervical and colorectal cancers as well.

Caught in the Medicaid Gap

As of 2017, 58% of the Black population in the United States lived in southern states, most of which have not adopted ACA’s optional Medicaid expansion provisions. Alabama, Florida, Georgia, South Carolina, North Carolina, Tennessee and Texas — all states with significantly large Black communities — are among the 14 states that have not yet expanded their Medicaid programs as of January 2020. In these states, over two million adults who would otherwise qualify for expanded Medicaid programs are trapped in a “coverage gap” in which their incomes exceed Medicaid eligibility limits but fall below the poverty level, the minimum for Marketplace premium tax credits.

Overall, over 90% of adults in the coverage gap live in the South. One-third of these individuals reside in Texas, 17% live in Florida and 11% are in Georgia. These states — and the South in general — have more poor uninsured adults and more limited Medicaid than other parts of the country. Citizens in the South continue to face limited options for affordable health care.

A 2019 study concluded that a widely used algorithm to allocate healthcare to patients systematically discriminates against African Americans. This algorithm, used to help manage care for about 200 million Americans each year, is less likely to refer Blacks with complex medical conditions than equally ill Whites to personalized care programs. Researchers discovered that Blacks were generally given lower risk scores than Whites. As a result, African American Americans had to be sicker than Whites before receiving referrals for additional medical assistance.

The CDC cites mounting evidence suggesting that COVID-19 disproportionately impacts African Americans and other ethnic minority populations. Long-standing inequities and injustices have placed many minorities at a greater risk of becoming ill and dying from this pandemic. The CDC states that social factors such as poverty and access to health care contribute to a wide spectrum of risks and outcomes related to health and quality of life for Blacks.

According to a 2020 Michigan Medicine study, almost half of all Black, Latina and Indigenous women had gaps in insurance coverage between pre-conception and post-delivery, compared to one-fourth of White women. Research indicates that two-thirds of pregnancy-related deaths among Black women are preventable. These mothers are 3 times more likely than White mothers to die from childbirth-related complications

Research suggests that Blacks experience more obstacles than Whites with respect to trusting healthcare providers and are often discriminated against by their doctors. In a 2016 study, African American patients reported that clinicians commonly discredit their reported symptoms and do not respect the patients’ perspectives with regard to their own health. These issues pose significant barriers to cultivating productive patient-provider relationships for Black Americans.

Given that only 5% of all U.S. physicians are Black, it’s easy to understand why many Black Americans are apprehensive about their doctor-patient relationships. According to Michigan Medicine physician Ryan Huetro, M.D., African American patients are typically more comfortable seeing a Black doctor. He notes growing evidence of several positive outcomes when doctors and patients share the same racial identity:

How TrueCoverage Can Help

At TrueCoverage, our goal is to help you find comprehensive health insurance coverage that fits your budget. We are your one-stop insurance shop, serving as a marketplace, personal broker and personal advisor with access to over 50,000 solutions. Our licensed agents are standing by to provide free customer support 24/7 with cutting-edge technology and resources for getting the best plans at the best price. Contact us today for a free health insurance quote to secure the coverage you need.