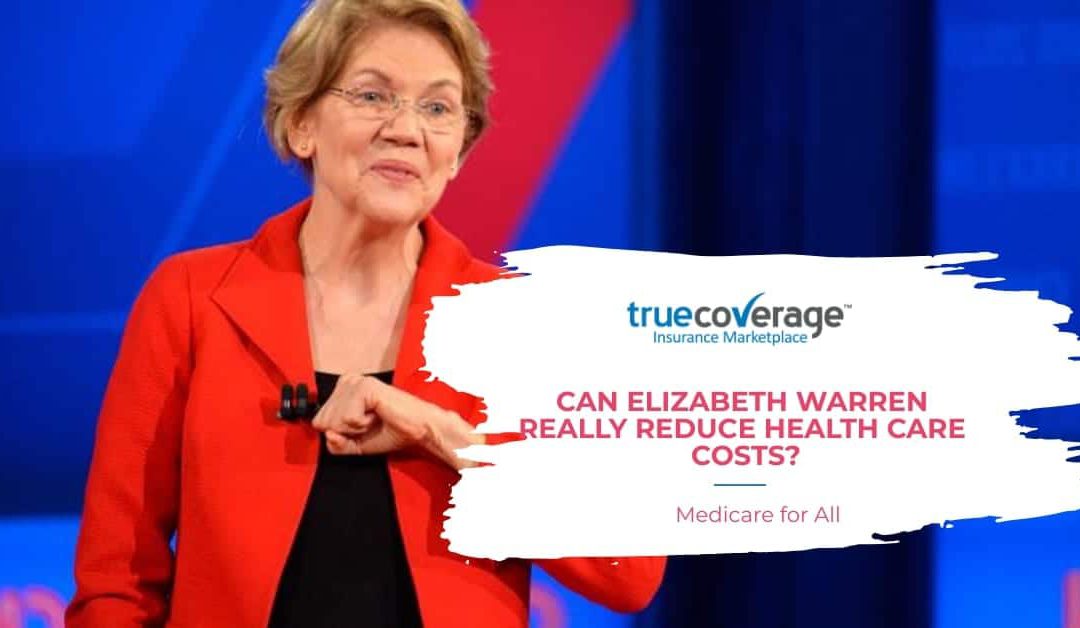 “and millions more Americans will have the choice to ditch their private insurance and enter a high-quality public plan” Elizabeth Warren (Warren for President, January 2020)

Does Elizabeth Warren have a health care policy that can build on the Affordable Care Act (ACA)? Can she use the provisions of the Medicare and Medicaid platforms to make the health care dollar go further?

Is Medicare for all an affordable option?

Healthcare costs are a major concern for the American voter.  After 10 years of the ACA, 55% of the general public take a favorable view of the act (85% among Democrats) and even Republican voters are less inclined to repeal the ACA; they rate opposition to the ‘single payer’ approach (Medicare for all) more highly [KFC tracking poll Feb 2020].

This article looks at the Warren proposals in three steps.

How much do we pay?

Most of us are insured through our employers.  Even with sponsorship the ‘average’ family of four pays over $12,500 (employee insurance contributions and out-of-pocket expenses). Self-employed and other self-insured individuals will pay rather more.  Out of taxation the states and Federal Government spend another three trillion dollars.

In total, as a nation, we spend almost one dollar in five on health care. This is nearly 2x the contribution made by other leading developed countries to their population’s healthcare.

What do we get?

Despite the investment in health care, the current health care system delivers worse health outcomes than that in comparable developed countries.  Average longevity for both men and women and infant mortality are key examples.

At the same time, under the current system 28.5% of Americans have no health insurance at all (U.S. Census Bureau) and another 41% are under insured (The Commonwealth Fund). Two out of three bankruptcies in the US (approximately 500,000 families p.a.) are on account of medical problems (American Journal of Public Health).

What are the inefficiencies?

There are some 1,000 health insurance companies in the USA. Of these, the top ten account for 50+% of the revenue and the top 100 approximately 95%.  In itself this is not unusual in a commercial market subject to normal market forces and where the customer has freedom of choice. When it comes to health, very few of us choose to be ill!

There are two major aspects of this which inherently affect the premium cost of coverage.

What are the weaknesses?

The intention of The Affordable Care Act (Obamacare) was to make health care affordable and accessible by all Americans.  History and events have demonstrated just how hard this is. At one extreme we have “if you can’t pay, I can’t treat you” and at the other extreme “Yes I can treat you AND you don’t need to worry about the bill”.

In today’s political environment neither extreme is realistic. But in reaching for an acceptable (affordable) solution we have arrived at a compromise that which is NEITHER affordable, NOR universally available.

What does Elizabeth Warren propose?

Warren makes no secret of her intention to introduce a ‘Medicare for all’ solution.  She argues that a ‘single-payer’ non-profit-making insurer, i.e. the government, can more efficiently administrate a Universal Health Care Program.

Her calculations suggest she can achieve her goals by reigning in the profits of insurance companies, the profits of the ‘pharmas’ and eliminating up to 80% of the administrative overhead.

In her manifesto, Warren promises that in the first year of her presidency she will establish a government-run ‘Medicare for All’ option to challenge the existing privately-run schemes.  She leaves the choice with the consumer, confident that over time they will opt for the flexibility and value that an all-inclusive Medicare program can offer.

By the end of her “first term” Warren plans “critical health system reforms to save money and save lives”.  Her aim is to complete a full transition to ‘Medicare for all’!

Whatever her convictions, Warren will need to convince her own party and then the Left, Right and Centre in Congress and in the Senate if she is to put them into practice

Read about: Bernie Sanders Medicare for all Explained