5 Changes in Medicaid After the Implementation of Obamacare 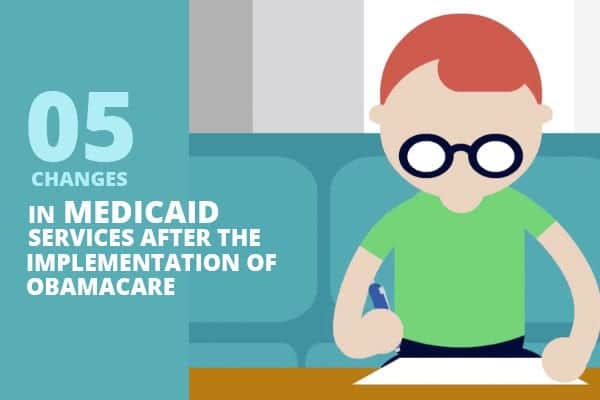 The introduction of Obamacare brought in a sea of changes in the health insurance sector. It also expanded the scope of Federal programs like Medicaid significantly. It was the Federal Government under President Barack Obama who enforced some rules for the private insurers providing health insurance services to patients eligible for Medicaid. This resulted in over 15 million individuals receiving care from these private insurers.

The main goal of President Obama’s government is to make health care available to one and all. It is expected that 46 million people will benefit as Medicaid has been expanded and given a new dimension after ACA.

The fact that Medicaid was introduced way back in the 1960s, is well known to all the U.S. citizens. Medicaid helps provide affordable health care to those who are between 18 and 65 years and are from low-income families.

5 main benefits that Medicaid is providing post-ACA are:

The main motive was to match the rating process of exchange plans (health insurance marketplace plans) as many of these plans are within the domain of Medicaid.

There is a term used to identify the ratio between the amount of insurance provider’s money goes on treatment versus how much of it goes in profits and administrative details. All the Medicaid health insurance marketplace plans and Medicare plans run on this medical-loss ratio. Usually, the benchmark for the ratio is 85%, which implies out of $100, $85 should go for medical expenses. For the health insurance marketplace plans, the providers can’t meet the threshold and need to cash in from customers. For Medicaid, the scenario is different- here the state will put penalties on the plans that cannot meet the ratio while determining the payment costs.

Under the private health insurance plans, enrollees can use the plan only if the patient has been admitted to the hospital for a minimum of 24 hours. However, in case of Medicaid, you can go for an OPD visit or alternately get hospitalized. In both the situations, health benefits have to be remunerated by the health insurance provider. Hence, with Medicaid-based plans, you are better covered than a usual private insurer.

Earlier different allied services were not a part of health insurance plans. Anybody going for allied health facilities, other than the core medical requirements had to pay from his pocket (not out-of-pocket scheme though). These were personal expenses no insurance company would cover. You can now have all these allied facilities like- midwife, trained nurse, laboratory tests, x-rays etc. ACA has enabled these services to be included in your plan, which is provided at a further reduced cost if you qualify for Medicaid health insurance plan.

Going to an in-network doctor will not solve all your health care cost concerns. It is not only expensive but unaffordable to buy most prescription drugs issued in the U.S. Even though a private marketplace will provide you coverage for prescription drugs, the trick will be to include the cheaper ones in the in-house plan. The expensive ones will usually be left out, asking you for a physician referral to get a portion of the cost reimbursed. With Medicaid, if you are eligible for one, almost all the prescription drugs are provided to an enrollee within their policy (of course, one must keep in mind the out-of-pocket costs).

Medicaid was there in the health insurance marketplace for a very long time. However, not all states had opted for the subsidized plan. With Medicaid being extended after PPACA (Obamacare) was implemented, many more states have joined the bandwagon. A lot of new facilities have been added in this government aided plan. Take a look and see if you are eligible to apply.