The Affordable Care Act, Abortion Coverage, and the Death of RBG – What’s Next? 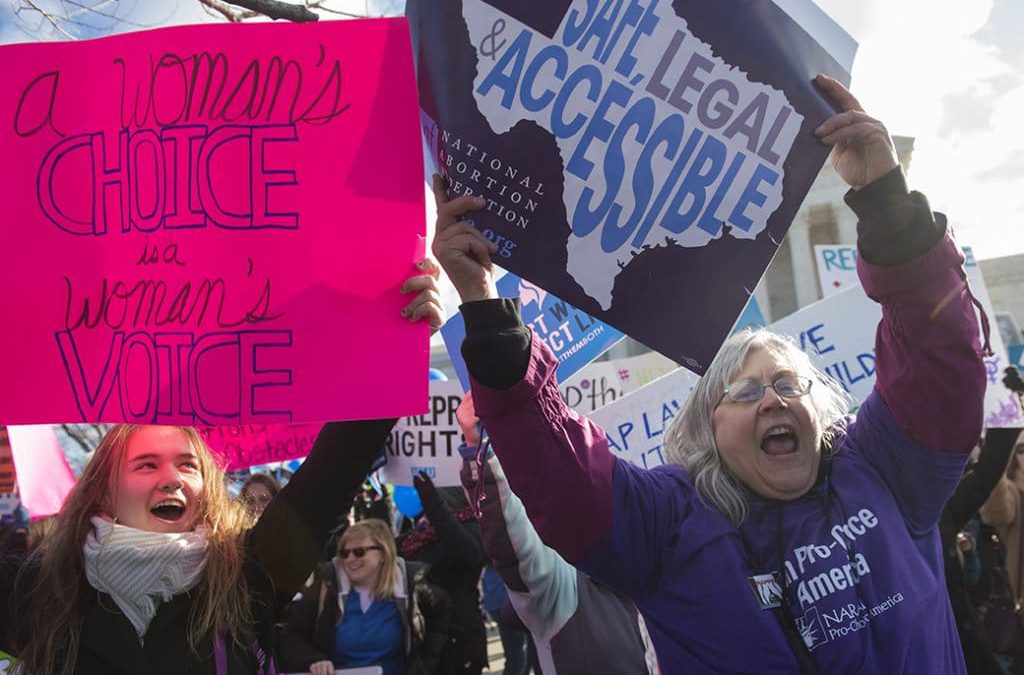 On the evening of September 18, 2020, America was rocked by sad news: Ruth Bader Ginsburg (RBG), a longtime Associate Justice on the Supreme Court, died due to complications with pancreatic cancer. Throughout her career, the 87-year-old had built a reputation as a liberal powerhouse and staunch advocate for pro-choice abortion legislation. As President Trump and Senate Republicans hasten to fill RBG’s vacant seat with Judge Amy Coney Barrett, many Americans wonder what the future of abortion coverage, and our nation, will look like in the face of a 6-3 conservative majority.

You might be asking yourself, “How will Ruth Bader Ginsburg’s death affect the Supreme Court’s ruling on the Affordable Care Act? What are my rights to abortion services under the ACA?”

We’ve created a guide to help you better understand your current rights to abortion coverage and the potential implications of RBG’s death going forward.

There are a lot of misconceptions when it comes to abortion, federal funding, and the Affordable Care Act (also known as Obamacare). Ever since 1976, the Hyde Amendment has banned the use of federal funds for abortion services, which means they can’t be covered under Medicaid or Medicare except for in cases of rape, incest, or if the mother’s life is endangered. The Hyde Amendment also applies to the ACA – no federal funds can cover abortions on state Obamacare exchanges.

However, here’s where things get tricky. While there’s no federal requirement for Marketplace health insurance plans to cover abortion, states can choose whether they want the services to be covered using their own state funds. Only 5 states actually require their state Marketplace plans to cover elective abortions:

States can also ban or restrict the coverage of abortion on plans in their exchanges; 26 states do so:

Another 8 states don’t ban abortion coverage in the Marketplace, but they offer no plans that cover it:

When you’re browsing the TrueCoverage Marketplace, remember that your state of residence may affect what kinds of abortion coverage you’re able to access.

What does RBG’s death mean for the future of the Affordable Care Act?

If Obamacare is overturned by the Supreme Court majority – and a case challenging the ACA is already set to be heard after the general election in November – then 20 million Americans could immediately lose their health insurance coverage. This means that if your state Marketplace does allow abortion services, you could lose access to that coverage if the ACA is repealed.

Check out our other blog post for more information on what happens next if the Affordable Care Act gets repealed.

Will Roe v. Wade be overturned?

The 1973 ruling that guaranteed a woman’s right to an abortion has long been a contentious topic. While Trump has recently said that it’s “possible” for Roe v. Wade to be overturned with Judge Barrett on the Court, it’s hard to say right now what the outcome will be. Judge Barrett said in 2013 she didn’t think Roe v. Wade would be overturned, but that the Court could allow increased restrictions on a state level.

How might abortion coverage change under the new Supreme Court?

While we can’t predict the future, we can look at existing legislation to get what might happen next. Various laws have attempted to restrict abortion access in the past few years, and the federal courts’ decisions have played a key role in whether those laws are enacted.

For example, in July of this year, a U.S. District Judge blocked a federal regulation that would have required insurers on Obamacare exchanges to issue separate bills for abortion services. The Judge found that the law violated the ACA’s ban on “unreasonable barriers” to health care.

Earlier this year, the Supreme Court struck down a Louisiana law that critics say would have left the state with only one abortion clinic. Chief Justice John Roberts, a conservative, joined the liberals on the Court in the 5-4 ruling, citing the legal precedent of a similar Texas law that the Court struck down in 2016.

Laws like these are more likely to be passed if Amy Coney Barrett is confirmed to her seat. While abortion will probably remain legal on a federal level, more states could create  barriers to abortion access, preventing coverage for millions of Americans.

Although the future is uncertain, it’s unlikely that abortion restrictions would change soon. One expert predicts that federal change won’t occur until at least June 2021. Meanwhile, it’s important to make sure a plan works for you. Have questions? Reach out! Our award-winning customer service team is here to help.