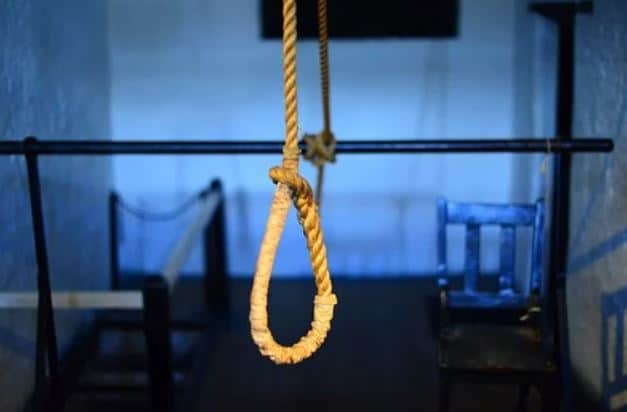 Suicide is a serious public health issue in the United States, being listed as the tenth leading cause of death in the country in 2018, according to the CDC. It’s more common than homicide, and over the 20 years leading up to 2018, the rate of suicides in the United States increased by 35%. Many people have searched online about Does Life Insurance Cover Suicide?

It’s clear that there’s a mental health crisis in this country. Thankfully, changes to health insurance laws in the last decade make it easier for individuals to access therapy and counseling through their health insurance. However, there’s still a lot to be done to support those struggling with their mental health.

The impact of suicide is a far-reaching one. Those left behind often struggle to come to terms with what has happened. All too often, they’re also left to pick up the pieces practically and financially, dealing with funerals, debts and the distribution of the estate at the same time.

Life insurance exists to help offset some of the practical challenges surrounding finances and death. But does life insurance cover suicide? The rules, as is so often the case, are complicated.

Life insurance policies cover death, but there are rules that determine whether or not a person is eligible for a death payment. In most cases, if a life insurance policy was purchased in the two years leading up to a person’s suicide, the death benefit is not paid.

This applies both to individual life insurance and employer-provided term life policies. The terms of policies can vary significantly. Those with policies that have been open for a decade or more should confirm the policy’s terms because older policies often have rules that are vastly different from those seen on newer policies.

What Is The Suicide Provision?

In addition to this provision, there may be a requirement to report any mental health or addiction issues. Failure to do so could render the policy invalid.

These requirements typically apply to issues that are known before a person takes out a policy. If someone develops mental health or addiction struggles after holding a policy for a while, the insurer is likely to be more forgiving of the issues. In most cases, reporting an issue once a policy is already open won’t lead to a rate increase.

The challenge comes when a person decides to change provider or their term life policy expires and is looking to open a new one. At that point, the issue is classed as a preexisting condition and may increase the premium.

What Is the Incontestability Clause?

The incontestability clause in a life insurance policy is another provision that may have an impact in the event of a suicide. This clause typically lasts for two years and relates to the details a person provides on their application.

The clause means that after two years — or the period defined in the policy — the company cannot deny a claim due to a problem with the paperwork, such as an incorrectly listed age or gender, as long as it’s an unintentional error rather than fraud.

However, claims may still be voided due to fraud. The clause may be used in conjunction with a short-term contestability clause that’s applied if someone is unwell when applying for a policy and dies before the incontestability period expires.

If non-fraudulent errors are found in the paperwork, the insurer cannot void the claim based on those errors. They can, however, adjust the policy’s rates to reflect the correct details.

There are several reasons a life insurance claim might be invalidated. A few examples include:

Anyone taking out a new life insurance policy should read the terms carefully to ensure that their loved ones are not faced with an unexpected decline in the event of the policyholder’s death. It’s also important to be truthful about any preexisting conditions and lifestyle addictions. Habits, such as smoking, can increase life insurance costs and may impact health insurance.

Those with older policies may find it useful to revisit their policy’s terms to ensure they’re still suitable for their personal circumstances.

Can You Appeal if an Insurer Refuses to Pay Out?

Insurance companies have teams dedicated to examining claims and making sure they’re not fraudulent. These teams look at medical and coroner’s reports and other information to decide whether a claim is valid.

Insurance companies err on the side of caution when issuing payouts because it’s in their best interest not to pay claims unless proven valid. This means they sometimes deny valid claims.

For example, an insurance company may rule that a death in a car accident was a suicide rather than accidental death. If the policy was taken out in the last year or two, it might allow the insurance company to deny the claim.

The beneficiary of the policy may choose to appeal the denied claim in court since the insurance company has to prove intent to commit suicide.

It is often possible to appeal if an insurance company refuses to pay out, whether in the event of a suicide or any other form of death, but the process can be time-consuming and difficult. It’s best to seek advice to confirm that the appeal has a high chance of success before taking on the burden of an appeals process. Fortunately, lengthy battles are rare and straightforward claims are usually paid without issue. It is worth learning your rights just in case.

If you’re looking for an insurance policy and would like to know which type of policy is best for your needs, take a look at our life insurance options and compare quotes today. At TrueCoverage, we can help you find the plan you need at reasonable prices, with clear and easy to understand policies.