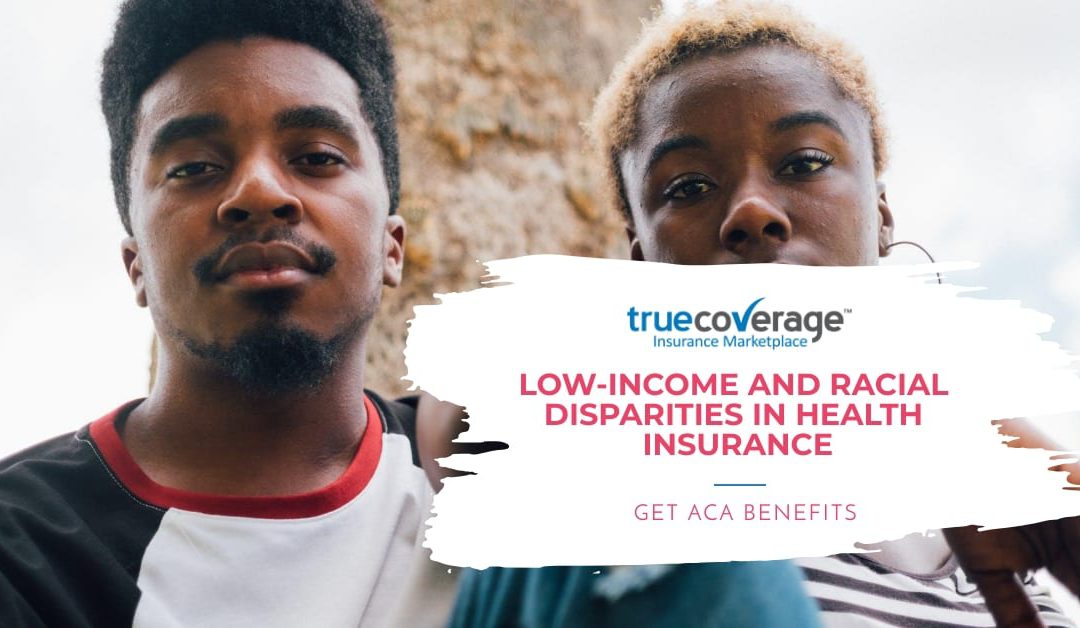 Although the percentage of Americans without health insurance is far below what it was a decade ago, it’s been rising since the end of 2016. And significant racial health disparities remain: Native Americans and Hispanics are significantly more likely to be uninsured than Whites, as are African Americans and Hawaii Natives.

Although racial health disparities have narrowed since the Affordable Care Act was implemented, a lack of health coverage continues to be associated with poorer health outcomes.

In addition to people of color, lower-income Americans are also much more likely
to be uninsured: More than eight out of ten uninsured Americans have income below 400% of the poverty level.

Uninsured often unaware of the benefits the ACA provides

An estimated 45% of the uninsured population is not eligible for financial assistance under the ACA, due to the refusal of some states to expand Medicaid, lack of adequate immigration documentation, or an income that makes them ineligible for subsidized premiums in the exchange.

But while the other 55% could potentially obtain affordable insurance as a result of the Affordable Care Act, there is often a lack of understanding about average medical insurance costs and the ACA benefits that are available to them.

Matthew Goldfuss, Director of New Business Development for TrueCoverage, has personally enrolled over 5,000 people in health coverage. Based on his experience helping people enroll, Goldfuss notes “you’d be surprised how many people are still not aware of all the benefits of the ACA this many years into it.  Many of our enrollees are shocked to hear that they can get plans as cheap and benefit-rich as that is available.”

The direct financial benefits provided by the ACA extend well into the middle class and apply to a wide range of applicants. If you’re uninsured (or covered by a non-ACA-compliant plan) and on the fence about signing up for coverage for 2020, consider these benefits, many of which are still widely misunderstood:

For starters, the ACA includes fairly generous premium tax credits (also referred to as premium subsidies) that are designed to keep premiums affordable. A common misconception is that the subsidies are designed for people who need low-income health insurance, but subsidy-eligibility actually extends well into the middle class

For a family of five purchasing coverage for 2020, premium subsidies are available with a household income of over $120,000 (that’s four times the poverty level). A single individual will qualify for premium subsidies with an income of almost $50,000.

And the government takes a fairly generous approach to calculate income when it comes to subsidy eligibility: Contributions to pre-tax retirement accounts and/or a health savings account are subtracted from your income, making it possible for people who earn even more than these limits to qualify for premium subsidies.

For people on the lower end of the income spectrum, premium subsidies tend to be quite large, resulting in very low-cost insurance. Some enrollees are finding that their premium subsidies are so large that some of the available health plans are actually free after the subsidy is applied

Call to find our right subsidy for you

This is because of the way insurers have dealt with the lack of federal funding for cost-sharing reductions: In most areas, they’ve added it to the premiums for silver-level plans, resulting in much higher silver plan rates

According to an analysis by the Kaiser Family Foundation, 4.2 million people who were uninsured in 2018 were eligible for free bronze plans in 2019—but many of them likely didn’t know that and didn’t enroll.

Plenty has been written about the nuances of all this, but the short story is that premium subsidies are huge: In the states that use the federally-run exchange (that’s most of the country), they average $539/month in 2019, and 87 percent of enrollees are
receiving them.

Prior to 2014, in most states, people buying their own health insurance had to contend with medical underwriting. Pre-existing conditions were often excluded or the basis for coverage offered with a higher-than-standard rate. And some applicants were rejected altogether.

Short-term health insurance still uses medical underwriting, but ACA-compliant plans do not (this includes plans purchased in the exchange or outside the exchange). Medical history is no longer a factor in premiums or eligibility, and pre-existing conditions are covered as soon as the policy takes effect.

Native Americans with income up to 300% of the poverty level (that’s more than $36,000
for a single person) can enroll in health plans through the exchange that don’t have any out-of-pocket costs. So no deductibles, copays, etc. Native Americans can also enroll year-round, without having to wait for open enrollment.

Thanks to Medicaid expansion under the ACA, along with the Children’s Health Insurance Program (CHIP) benefits that pre-date the ACA, many low-income families find that they qualify for free or greatly reduced-cost health coverage.

The majority of the states have expanded Medicaid, which has played a key role in reducing racial health disparity.

CHIP benefits are available in every state, with eligibility guidelines that vary from state to state and aren’t necessarily what people might consider
“low-income”

For example, CHIP is available to kids in New York whose household income is 405%

The purpose of CSR is to make coverage for lower-income enrollees more robust than it would otherwise be, with lower deductibles and lower out-of-pocket costs. Half of all exchange enrollees nationwide are receiving CSR benefits, which has also played a role in reducing low-income and racial health disparities.

In order to receive CSR benefits, applicants have to select a silver plan. But the
CSR benefits make the plan much richer than a normal silver plan—in some cases,
the plan becomes almost as robust as a platinum plan.

Bronze plans tend to be less expensive than silver plans, which sometimes leaves
applicants having to decide between cheap health insurance (sometimes even
free) and coverage that costs more but also has much lower out-of-pocket costs.

There’s no one-size-fits-all in terms of the right answer here, but it’s important for
applicants to carefully consider all of their options before picking a plan.

Let’s take a look at some examples of how substantial the benefits are, particularly when it comes to low-income health insurance. We’ll use a 40-year-old earning $23,000/year for these scenarios, and look at health insurance options in different areas of the country:

Those are only two examples, and the bargains vary from one place to another—not all

areas of the country have free bronze plans available for low-income enrollees,
and free gold plans are fairly rare.

But CSR benefits are available everywhere, and so are premium subsidies that are
designed to keep premiums at an affordable level based on the applicant’s
income.

People who are uninsured or covered by plans sold outside the exchange have nothing to
lose—and potentially a lot to gain—by checking to see what sort of benefits
they could get in the exchange.

The exchange website will help them to determine whether they or their kids might qualify for Medicaid or CHIP, and can also help to identify other potential benefits, such as the zero-cost-sharing benefits for some Native Americans, premium subsidies, and CSR benefits on silver plans for some applicants.

Louise is the co-owner of Insurance Shoppers, Inc., a health insurance brokerage in Colorado. She writes about health insurance and health care reform for healthinsurance.org, medicareresources.org, Verywell, HSA Store, and Anthem’s Benefits Guide. Her work has also appeared in Health Affairs and she was a panelist for a Brookings Institution event in 2018 that focused on health care reform at the state level.