Performance of Obamacare in the Last 5 Years 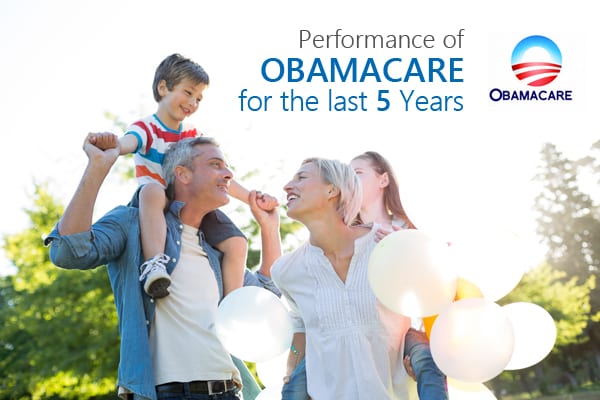 The last time the Federal Government took a similar initiative was way back in 1965, by introducing Medicaid and Medicare. Health insurance is an extremely vital investment for every American, especially because the medical care costs are extremely high and mostly unaffordable.

Any new program introduced for masses will inevitably face a lot of opposition and debates. Obamacare too had some strong opposition and retaliation from the Republicans. Many bureaucrats were strongly opposed to the ACA, which they said was a burden on the U.S. people. However, battling innumerable questions and objections, Obamacare has been able to complete 5 years in the healthcare industry.

Data shows a huge difference in the number of health insurance enrollees in the USA over the last 5 years. Overall, there has been 22% reduction in the rate of uninsured ever since ACA has been introduced. Different states are also reporting a reduction in the uninsured numbers. With the Open Enrollment 2017 beginning from November 1st, 2016, it is better you are prepared to enroll into a health plan that suits your budget and needs.

Here is a comprehensive list of changes Obamacare has brought about in the last 5 years:

According to the June 2016 Urban Institute report on total coverage and costs, the long-term projections of spending is found to be $2.6 trillion less. Spending projected by 2020 should ideally be 13% less, while the rate of uninsured has fallen to 9.1% in 2015.

By 2014 end, around 6.5 million people were enrolled in the Obamacare Health Exchange plans. The figure included around 4.5 million auto renewals and renewals, also 2 million new enrollees.

Children till 26 years able to live under parents’ plan- 5.7 million

Again, by open enrollment 2015 end, around 11.7 million Americans were enrolled in the Federal and State Health Insurance Marketplaces. Only Medicaid and CHIP had covered 10.8% and 5.7 million youths under 26 years were able to stay on their parents’ health insurance coverage. Millions of others were covered under the expanded coverage provided by employers under Obamacare and with private players who worked out of the marketplace.

The uninsured numbers are lowest since 2001

Commonwealth Fund reported in its January 2015 edition that there has been a marked reduction in the uninsured population. They have been able to increase affordability and provide access to healthcare under PPACA. In certain cases, the total number of uninsured is found to be the lowest since 2001. The trends have been especially observed for those with low earnings and are young. This clearly indicates that more and more Americans are now able to think of purchasing health care, without bothering too much about medical debts.

Through ACA- costs can be minimized

Lowest rate of inflation in health care costs in 50 years

Around $11.5 billion was saved by 8.2 million senior citizens since 2010 in their prescription drugs. That means about $1047 for each beneficiary.

ACA has helped in saving more than $19.2 billion that America incurred through fraud activities. This amount is around $10 million more than what was found five years back in 2010.

1.3 million less spending in hospitalization conditions due to ACA provisions

In a recent article by the US President, he has mentioned that more corrections will be done on the existing health insurance plans designed under Affordable Care Act. Whether ACA has made the US citizens pay more towards their health care coverage is a debate that will go on for long. The 8 above mentioned changes are indicating positive traits as of now.