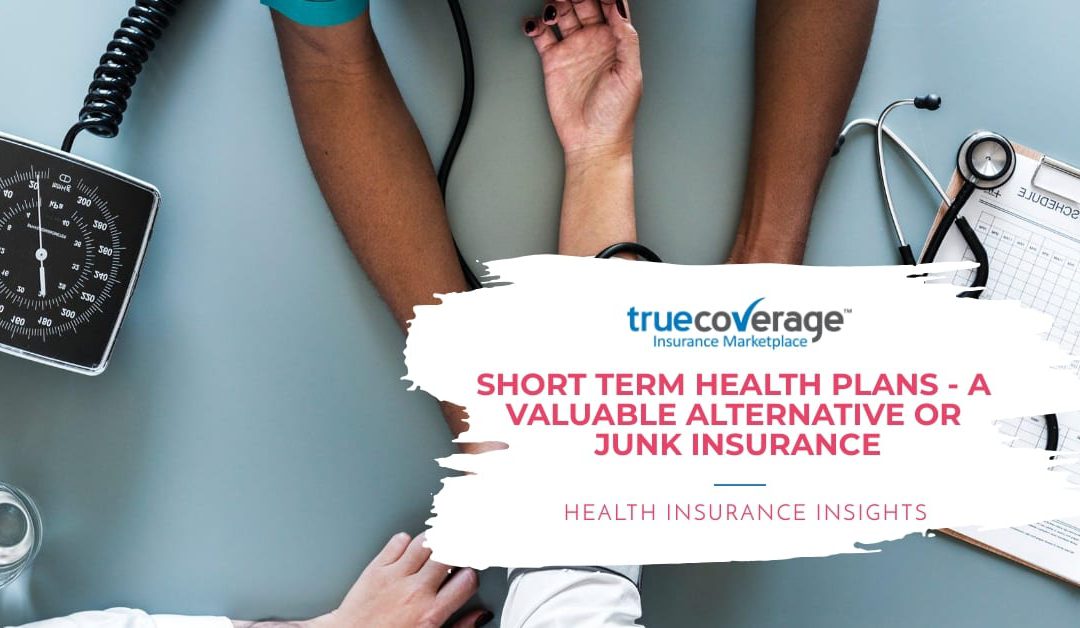 The judgment recently handed down by Judge Richard Leon of the US District Court of Columbia upholds the regulations which allow the sale of ‘short term’ health insurance policies for periods up to 36 months.

A decision, either way, would have had its critics.  The critics of this court decision claim that ‘healthy people’ will be attracted away from the health exchanges which will force insurers to raise their prices. Proponents point out that people seeking these short term health plans are a small minority who in any case contribute to ACA (Affordable Care Act) via workplace taxes, co-pays, and co-insurances.  The numbers are small and will have negligible impact.

The court decision recognizes that individuals have the right to choose their own level of health coverage and the duration of their health insurance.

ACA (Affordable care act) coverage is funded by premiums, coinsurances, and co-pays, and by taxation on both individuals and corporations. Also, the pharmaceutical and health insurance companies contribute via specific taxes paid directly to the Department of Health and Human Services. Yet despite all this, the cost of premiums remains unaffordably high for most families.  In reality, over 80% of families need premium tax relief and subsidies to help pay for their health insurance.

Of the remainder, the majority choose ACA to take advantage of the unrestricted coverage of pre-existing conditions.

It is a very small number of people who choose STLDI (Short Term Limited Duration Insurance) and as we point out they already contribute to the ACA funding. They should have a choice.

This view is reflected in a comment from Matthew Goldfuss, Director of New Business Development, TrueCoverage, ‘the vast majority of  people  who get coverage through the ACA individual marketplace are either people receiving hefty subsidies to help pay for their health insurance or people who have pre-existing medical conditions and would otherwise be denied coverage’.

Goldfuss makes the point that ‘so-called’ short term health insurance policies are a valid option for people who would not qualify for subsidies or premium tax relief.  Nor do they necessarily need the full range of coverage described as ‘essential’ in the act.

Unlike ACA-compliant insurance, STLDI (short term limited duration insurance) plans have low premiums but aren’t required to offer comprehensive coverage or the ten essential health benefits. These plans are not obliged to offer coverage to people with pre-existing medical conditions and can impose lifetime and annual coverage limits.

That said, these plans offer good value for certain groups and, in many cases, better service options due to wider provider networks.

Critics of STLDI say that it is a license to fleece the unwary and quote examples of individuals being left ‘on the hook’ for tens (and in some cases thousands) of dollars. They argue that consumers are often unaware that the plans offer only bare-bones coverage, and deride the plans as “junk” insurance.

As with any major decision it pays to take advice.  Of course, any individual can approach an insurance company ‘off-exchange’ and get ‘the cheapest…’

The Federal and state exchanges will give sound advice on ACA (Affordable care act) but your choice of the insurer may be limited.

Private Exchanges can offer guidance on ACA and STLDI policies and act as YOUR agent in negotiation with your insurer.

Matthew Goldfuss again ‘This ruling (ACAP v. Treasury) is going to be a net positive simply because it enables healthier people with healthier lifestyles to get more appropriate, more affordable coverage without disrupting the ACA individual market place’.

These are people who have been shut out of ACA plans because they were too expensive!’

It is an opportunity to get good health insurance at a much lower cost.

They (ACA and STLDI) can coexist. They offer choice. As always when exercising choice, the consumer must also exercise judgment!

Call to know more about STLDI