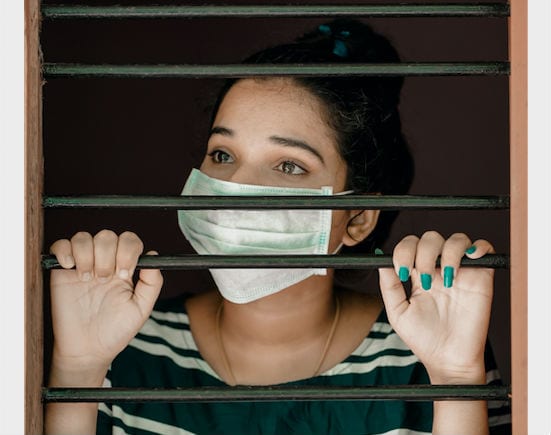 Much has been written and said about the impact of social isolation due to the COVID-19 pandemic is having and will continue to have on the world and national economies.  All of us are experiencing changes to our way of life, some of which will become the ‘new normal’ even when the virus is under control.

Much less has been written or said about the impact of social isolation on our physical and mental well-being many of which impact will endure long after economic stability has been restored.

The impact of social isolation (self-isolation) on our lives

It is still too soon to come to long term conclusions but the evidence is beginning to mount.  Many studies suggest that economic pressures may give rise to any number of unhealthy behaviors (many of which are habit-forming) such as bingeing on sugary or high-fat comfort foods and alcohol consumption.  These are easily measured. The consumption of alcohol has increased by over 20% in 1Q this year. Commonly thought to be a protection against coronavirus-type infections, alcohol in fact lessens resistance and adversely affects recovery. Just to inject some good news it is reported that a significant number of tobacco smokers have given up altogether or reduced their intake, recognizing the respiratory nature of the infection.  Sadly, around 4% of smokers admit to smoking more as a result of increased stress!

General societal stress levels are increasing. Much of our understanding of the effects of these increases spring from our experience of the ‘great recession’ (2007-9).  The levels of unemployment then were far lower (then 10-11 million, now 30 million) and there was no need to ‘stay home’, nor a need to minimize mixing and enforce (in many states) social distancing and self-isolation.

Effects of stress caused due to self-isolation/social isolation

Let us look at some of the known effects of chronic (long-term) stress before we consider some of the social consequences: –

[The Center for Disease Control and Prevention (CDC) estimates that ‘stress’ accounts for 75% of all doctor visits.]

Read article on: How to manage stress during a pandemic?

It is easy to see how these symptoms, when aggregated, can affect our attitudes to, and interaction with, our nearest and dearest, and the community in general.  We have elsewhere considered how best to manage stress but we must recognize the amplified effect on certain groups, for example, the elderly.

The elderly are both the most susceptible to, and least able to withstand, the consequences of infection by the COVID-19 virus.  In many cases self-isolation is not an option.

Unemployment and its consequences

It is becoming increasingly clear that unemployment will continue to rise and that the rate will not magically fall simply because social distancing restrictions have been lifted.  Many thousands of small and medium-sized companies will not recover and the face of some major industries will change forever.

Read to check your eligibility for Economic Impact Payment

The experience of the great recession indicates that suicide rates rise in proportion to the rate of unemployment (currently nearly 20%).  Some estimates suggest that it is possible that death by suicide and drug overdose (deaths of despair) will exceed those caused directly by the pandemic itself.

According to findings published in Social Science and Medicine, the overall death rate (suicide, drug overdose, drinking) for an unemployed person is 63% higher than for someone with a job. Anecdotal reports suggest that 8x more calls than normal are being made to suicide helplines.  These are numbers that speak for themselves.

Now (MAY 2020), as then (2009), there is evidence that people are reluctant to access health care for other life-threatening conditions such as heart attacks, strokes, non-COVID related respiratory infections, and gastric complaints.  In a recent survey of cardiologists, more than half the respondents reported a 40%-60% reduction in admission. One in five cardiologists reported even more.

We may attribute this downturn in demand to joblessness (80% of Americans are insured through their employment) or to a reluctance to leave home and possible exposure to a Hospital Acquired Infection (HAI) e.g. COVID-19.

In either case, this may lead to late-stage diagnosis and poor or delayed treatment.

How to be safe without ruining livelihoods?

IT IS CLEAR that the economic cost of ‘shut down’ is horrendous but simply to abandon the ‘stay home’, ‘social distancing’ and ‘self-isolation’ policies without a more informed rationale would be foolish.  Policymakers, the Decision makers, now your state Governor, should be guided by the evidence, and the best long-term interests of their constituents and not their political leanings.