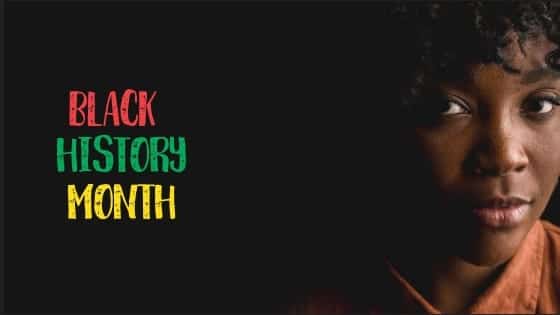 The annual observance of Black History Month in February has its origins dating back to 1926 when the historian Carter G Woodson, author of ‘The Journal of Negro History’, announced the second week in February to be “Negro History Week”.

The flame flickered until, in 1970, the first Black History Month was celebrated at Kent State University between January 2nd and February 28th.

Six years later during the celebration of the United States Bicentennial, President Gerald Ford urged Americans to “seize the opportunity [of Black History Month] to honor the too-often neglected accomplishments of Black Americans in every area of endeavor throughout our history”.

Of course, Black Americans have made ground-breaking contributions in many areas.  In this article we concentrate on scientific and social advances made in the field of medicine. We examine what remains to be achieved.

James McCune Smith was the first black American to receive a medical degree.  Racist admissions practices at U.S. medical schools meant that he had to study at the University of Glasgow Medical School, where he was first in his class and in 1837 gained his Doctorate in Medicine.  On his return to the USA he practiced in New York and became the first black American to own and operate a pharmacy (West Broadway). In 1863 he became Professor of Anthropology at Ohio University.

In this Academic year 2019/2020 Glasgow University opens the $120 million James McCune Smith Learning Hub.  The hub provides a ‘state of the art’ learning and teaching facility for over 2,500 students.

Rebecca Lee Crumpler was the first black American woman to receive an MD degree.  Like James Smith 25 years before, she had many obstacles to overcome before being accepted, 1859, at The New England Female Medical College, Boston. She was aided by the sponsorship of the doctors with whom she had worked for the previous eight years. Despite the interruption of the Civil War she earned her medical degree in 1864 (aided by an award from the Wade Scholarship Fund).

At the end of the Civil War she set up practice in Richmond, Virginia, working with missionary and community groups to provide medical care to newly freed slaves.  On returning to Boston, Rebecca Crumpler focused on the treatment of illnesses affecting women and children.

Her book, ‘A book of Medical Discourses in Two Parts’, was a manual for women looking after themselves and their children.  Published in 1883 it was one of the earliest medical texts written by an African American and possibly the first by a woman.

Known as ‘Father of the Blood Bank’, “Dr Charles Drew broke barriers in a racially divided America to become one of the most important scientists of the 20th century” (American Chemical Society).

In 1922 he entered Amherst College in Massachusetts (on a football, track and field scholarship!).  He was one of only thirteen African Americans in a student body of six hundred.

Apart from his athletic prowess Drew showed no great promise until a biology Professor sparked his interest in medicine.

As with many other fields, medicine was largely segregated. As African American this limited his education and later his career options.  Nevertheless, his perseverance gained him a place at McGill University, Montreal, where he gained his MD and CM (Master of Surgery) degrees, graduating second in a class of 137.

During his internship at Montreal Hospital (1933-1935) Drew developed his interest in transfusion medicine. He went on to earn his Doctorate at Columbia University based on his assessment of previous research into blood and transfusion, blood chemistry and fluid replacement.

His key findings concerned the collection, processing and storage of blood products.  This led to his appointment to Head of Blood for Britain (BFB), a project which collected and transported much needed blood and plasma to Britain during WWII.

When the program ended in 1941 BFB had collected over 14,000 blood donations and through the Red Cross shipped more than 5,000 liters of saline solution to England.

Drew returned to Howard University (DC) where he had briefly studied (1935/6) as Head of the Department of Surgery, the post he held until his untimely death in a car accident.

His self-proclaimed mission was to “train…young African American surgeons who could… in turn nurture the tradition of excellence”.

Born to a family of limited means Marilyn Hughes was strongly influenced by her mother: “You can be whatever you want to be” and her godmother, who took her every Saturday with a group of local children to a local ‘whites only’ swimming pool. She, Marilyn’s godmother, succeeded in desegregating the pool.

Between them these two “fierce black women” instilled in her the twin values of ambition and perseverance.

Her college prep school discouraged her from starting on a medical career but she enrolled in Miami University, studied zoology and graduated in 1960.

She was faced with the dilemma of whether to pursue her ambition to become a doctor.  She was poor, female and black.

One physician with whom she discussed her dilemma told her “You will never be satisfied with nursing duties [which she was then doing]. If you really want to be a physician go for it!” And she did!

Marilyn Hughes Gaston enrolled in the University of Cincinnati School of Medicine and graduated in 1964. She had been one of six women and the only African American woman in her class.

During her internship at Philadelphia General Hospital she had a chance encounter with an infant patient with a swollen hand, the cause of which she struggled to identify. The supervising resident suggested that the child might be suffering from SDC which was confirmed by bloodwork. From this she developed an interest in sickle cell disease (SDC).

This incident led to a lifelong interest in developing a superior means of treating the disease which led ultimately to changes in the standard of care for infants born with SCD.

On completing her residency (pediatrics) at Cincinnati Children’s Hospital Medical Center she practiced medicine in Lincoln Heights, an all African American suburb of the city.  Refusing several offers to practice in wealthier neighborhoods she continued to pursue her interest in SCD and secured a grant to set up the Lincoln Heights Health Centre, the first Community Health Centre in Ohio, of which she became Director in 1969.

In 1972, using funds allocated by President Nixon, she set up and opened the Sickle Cell Disease Center which she led until 1976 when she moved to Washington (DC).  She took the position of medical expert (Sickle Cell Center), one of the branches of the National Institutes of Health (NIH).

Sickle Cell Disease is an inherited blood disease found almost exclusively in infants of African or South Asian descent. At the time, mid 20th Century, the majority of children were not expected to survive into adulthood.  Her leadership (NIH) and ground breaking research (published 1986) led to the rapid implementation of national screening tests to ensure that all new born children with the condition, whatever their ethnic background, could be identified and treated appropriately.

Gaston had joined the U.S. Public Service Commissioned Corps in 1979 and in 1990 was promoted to Assistant Surgeon General and Rear Admiral, only the second African American woman to reach this rank.

If there are lessons to be learned from BLACK HISTORY MONTH, they are lessons for all ethnic minority groups and all professions.  The medical profession illustrates the need for society as a whole to address benefits of diversity in the development and sustenance of our communities.

These four thumbnail sketches spread over 200 years tell us that ambition and perseverance are key drivers to success. In every case the catalyst was a role model to provide inspiration and self-belief. Sometimes a relative, a teacher, a colleague, a superior or an institution but there is always an external influence and OPPORTUNITY.

After 200 years there are not so many ‘firsts’ but recent studies show that in medicine the situation has not significantly changed.  The needs and opportunities are greater.

African Americans comprise 15% of the U.S. population but only 4% of U.S. physicians.

The major barriers cited by the students included

The researchers concluded that these factors might well “contribute to racial disparities in the physician workforce for African Americans”.

They went on to say “Exposure at a young age to role models and to medicine as a profession might increase the number of African American physicians”.

Do we need more Physicians? It is of course a matter of opinion/judgement but by comparison with other nations the answer is probably yes!

There are still barriers to break but the needs and opportunities remain!