Your Guide to Pre-Existing Conditions for Health Coverage and the Affordable Care Act in the Age of COVID-19. 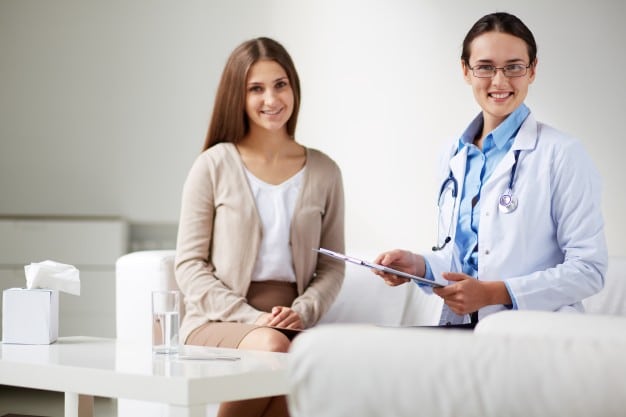 On September 29, President Donald Trump and Former Vice President Joe Biden battled it out on the debate stage one-on-one for the first time. As millions of Americans tuned in with bated breath, the presidential candidates quickly discussed the Affordable Care Act and its protections for people with pre-existing conditions for health coverage. Biden stated that 100 million Americans have them, and while Trump denied this, his claim is supported by the Department of Health and Human Services. Their analysis found that 50 to 129 million non-elderly Americans qualify as having some pre-existing health condition for health coverage.

The Affordable Care Act prohibits insurers from charging higher rates or refusing coverage to the millions of people with pre-existing conditions. However, in the wake of Associate Justice Ruth Bader Ginsburg’s death, many are wondering if the ACA will be repealed by the Supreme Court’s 6-3 conservative majority. And due to the ongoing COVID-19 pandemic, changes to health insurance coverage might have even broader effects.

These are excellent questions! At TrueCoverage, we are here to offer simple, affordable health insurance solutions. That is why we have created a complete guide to help you understand the Affordable Care Act and pre-existing conditions in the age of the coronavirus pandemic.

How does the Affordable Care Act protect people with pre-existing conditions?

Before the ACA, insurers could discriminate against consumers based on a variety of “pre-existing conditions”. This could include everything from cancer to diabetes to depression to even pregnancy! That all changed with the passing of Obamacare in 2014. If you have enrolled in a plan since 2010, your insurer cannot legally discriminate against you for having a pre-existing condition. This means they cannot charge you more, deny you coverage, or enact a waiting period. Pregnancy no longer qualifies as a pre-existing condition, either. The only exception is if you enrolled before 2010 and were grandfathered into your plan.

If the Affordable Care Act is repealed, are my pre-existing conditions covered?

Trump has been clear about his desire to overturn the ACA ever since his 2016 campaign for president. Now, the Supreme Court is set to hear a case that could repeal the law in November. But it is still unclear as to whether the repeal of ACA would strip critical health coverage from the millions of Americans with pre-existing conditions.

The Trump Administration has promised that people with pre-existing conditions would still be protected if an Affordable Care Act repeal occurs. President Trump signed an executive order on September 24, 2020, that appeared to cement these protections. The order states:

“It has been and will continue to be the policy of the United States to give Americans seeking healthcare more choice, lower costs, and better care and to ensure that Americans with pre-existing conditions can obtain the insurance of their choice at affordable rates.”

However, experts say that the executive order is too vague and offers little concrete protections. Senate Republicans have tried to pass legislation that runs counter to these promises. For example, the proposed Protect Act blocks insurers from discriminating against those with pre-existing conditions, but it also includes a loophole that would allow a provider to deny coverage if “it will not have the capacity to deliver services adequately.” The ACA is far more protective in its language.

What are the potential effects if pre-existing conditions are no longer protected?

We already can know what might happen if the ACA’s protections are overturned. An independent study by the nonpartisan Commonwealth Fund think tank found that “average out-of-pocket costs for those with cancer or diabetes would triple, while costs for arthritis, asthma, and hypertension care would rise by 27% to 39%.” That’s a huge cost increase!

Pre-ACA, coverage for pre-existing conditions differed on a state level. In Pennsylvania, for example, insurers could not remove someone from their plan for being sick, but they could hike up their charges.

Another 30 states set up “high-risk pools”, which were separate insurance plans for people who couldn’t get private health insurance due to their pre-existing conditions. Some Republican lawmakers have voiced their support for returning to high-risk pools so healthy Americans wouldn’t have to help pay the costs of those with health conditions.

Is COVID-19 a pre-existing condition?

Pre-existing conditions are complicated in the face of the coronavirus pandemic. Democrats, like Sen. Chris Murphy of Connecticut, have stated that any diagnosis of COVID-19 could be considered a pre-existing condition. This means that the 7.2 million+ people who have had coronavirus in the United States could see their rates increase with an Affordable Care Act repeal.

The long-term consequences of COVID-19 are still unknown. Dr. Anthony Fauci, the nation’s top infectious disease official, has pointed to the “disturbing number” of people who have “recovered” but still have heart inflammation. Affordable and nondiscriminatory coverage will be crucial for those recovering from COVID-19.

It’s also well-documented that pre-existing conditions raise your risk for hospitalization and death from the coronavirus disease. It’s estimated that nearly 90% of Americans hospitalized for COVID-19 have an underlying condition. COVID-19 treatment costs are already not automatically covered by insurers, and if the ACA is repealed, Americans with pre-existing conditions could face substantial financial setbacks when trying to pay their COVID-19 hospital bills.

TrueCoverage allows you to find the best insurance plan in the ACA Marketplace that meets your individual needs. While the future of insurance coverage for pre-existing conditions is uncertain, for now, if you’re looking to enroll in a new plan, it’s important to know that you should face no discrimination or barriers simply due to your health. Have questions? Reach out! Our customer service team is ready to help